On Thursday 18th June 2015, over 150 young women and men of ages 15 to 26 who are victims of child marriages, teenage pregnancies, sexual exploitation and domestic violence, all from the slum areas of the Kawempe Division namely; Bwaise, Kalelwe, Mulago, Wandegeya and Kyebando in Kamapa- Uganda’s Capital, gathered at the Lord Harvest Cathedral in Bwaise Slum, at community dialogue to celebrate the Day of the African Child. The community dialogue organized by Uganda Youth and Adolescents Health Forum (UYAHF) in partnership with UNFPA Uganda, Kampala Capital City Authority and Girls Not Brides, was organized under the theme; “Putting Communities at the Frontline to Ending Child Marriages and Sexual Exploitation among Young Women.

The community dialogue attended by local leaders, traditional and religious leaders and youth peer educators discussed the growing burden of child brides and teenage pregnancies that has increasingly robbed young girls of their future dreams and aspirations as they stand a high risk of dropping out school to concentrate on domestic work as child brides and child mothers. 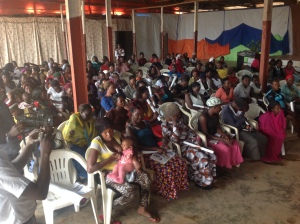 Annet Nalule 18 years a mother of two who’s first born passed on at one year blamed her early pregnancy and marriage on gender based violence by the step mom, which forced her to run away from home and join her friends who engaged in commercial sex where she conceived her first child. Annet also blamed poverty as one of the causes that lowered into commercial sex at 16 years as she searched for survival. Other causes raised by the girls that drive them into child marriages and early pregnancy were lack of parental love, care and guidance, lack of access to sexuality education, exposure to pornographic materials through social media like facebook, whatsaap, twitter and Youtube, rape and defilement by relatives especially uncles and fathers, lies from men who take advantage of the vulnerability of the young girls to promise them luxurious items and money and forced marriages by parents who connive with local council and the Police to marry off teenage girls in exchange of money and other material things.

Child marriage and teenage pregnancies are two harmful barriers which continue to stand in the way of girls’ potential affecting millions of girls every year. One in three girls in developing countries is married by the age of 18. Some are as young as eight years old. Girls who marry young are at a higher risk of death during child birth. They are also likely to have fewer economic opportunities and are vulnerable to poverty due to time and financial expenses on child care said the Hon Kamihanda Mirembe the His. Worship the Deputy Mayor Kawempe Divison KCCA.
In Uganda, 49% of married women aged 20-49 report having married before the age of 18 (UDHS, 2011). Child marriage like many other forms of harmful practices is a violation of human rights more specifically; the United Nations Convention on the Rights of the Child – and it has very harmful consequences: (1) even when the marriage is not forced, young girls are often so immature to give their well-considered consent to marriage; (2) by taking away childhood and the chance of an education, child marriage inhibits girls personal development and makes learning and practicing a profession extremely difficult; (3) girls risk sexual abuse and violence with their husbands; (4) and early pregnancies increases the risk of disease or even death of the child or the mother. 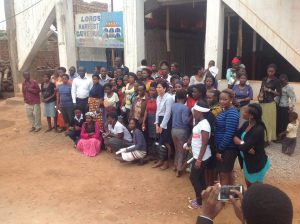 Ending child marriage and other forms of violence against young girls can preserve a girl’s childhood, promote her education, and reduce her exposure to violence and abuse, allowing her to make choices about her own future and fulfill her potential in life said, Roopa Dhatt the former President International Federation of Medical Students Association in her remarks. 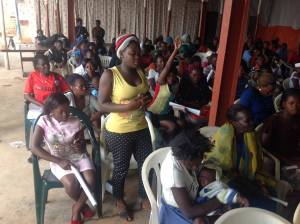 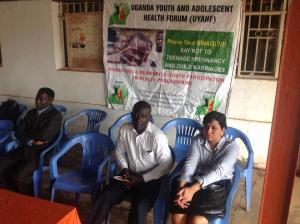 It can also break intergenerational cycles of poverty and allow girls and women to more fully participate in society. Girls who have skills, education, access to economic assets and decision-making power make greater contributions to their communities and to their families. It will also lower the chances of young girls and women dying during or after childbirth, or suffering from debilitating conditions.